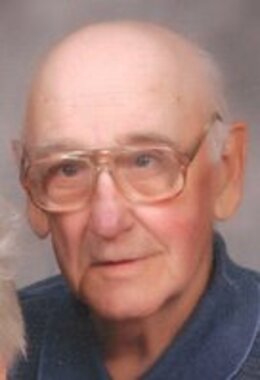 Back to Roger's story

Salem - Roger A. "Wings" Gagnon passed away peacefully on December 3, 2019, at the Kaplan Hospice House after a brief illness. He was surrounded by his loving family for the short time he was there. He was the beloved husband of Doris M. (Boucher) Gagnon.
Roger was born and raised in Salem, one of 10 children, to the late Omer J. and Marie R. (Jalbert) Gagnon. He was a graduate of Salem High School, class of '51. Prior to over 20 years of employment with the Town of Marblehead School Department, Roger ran his own company, and worked multiple jobs simultaneously to provide for his family.
Roger was an avid sports enthusiast and would never miss a Red Sox or Patriot's game. He loved being on the sidelines watching one of his children or grandchildren's sporting events. He loved to socialize, attend family cookouts and gatherings, and always remembered a birthday (cake and ice cream was a favorite). He was very proud of his children and grandchildren's accomplishments and always put his family first.
In addition to his loving and caring wife of 63 years, Roger is survived by his children, Michael J. and Jeanie A. (Muise) Gagnon, Eileen M. and Joseph M. Beaulieu, Donald P. Gagnon, and Marie D. and Christopher J. Raphael, his 7 grandchildren, Randi M. Gagnon-Davis, Joseph P. Beaulieu, Stephen M. Beaulieu, Alicia M. Beaulieu, Ryan C. Raphael, Nicole M. Raphael, and Daniel P. Raphael, and 2 great grandchildren, Aaron J. Davis and Brianna M. Beaulieu. He is also survived by his brother Andre Gagnon and sister Yvonne and Donald J. Bertalot. He was predeceased by his son, Paul M. Gagnon, and brothers Napoleon, Henry, Eli, Omer, Robert "Pete", Roland "Mike", and Leo Gagnon.
Relatives and friends are invited to gather at the Levesque Funeral Home, 163 Lafayette St. [ Route 114 / 1-A ] Salem on Saturday, December 7, 2019 at 9 a.m. to be followed by his Mass of Christian Burial in St. Thomas the Apostle Church, 260 North St. on the Salem/Peabody line at 11 a.m. Burial will follow in Greenlawn Cemetery, Salem. Visiting hours will be on Friday, Dec. 6 from 4 to 8 p.m. Kindly consider a memorial contribution to Catholic Charities or having Masses said
In his memory. For guestbook and additional information please visit www.LevesqueFunerals.com
Published on December 5, 2019
To plant a tree in memory of Roger A. Gagnon, please visit Tribute Store.

Plant a tree in memory
of Roger

A place to share condolences and memories.
The guestbook expires on March 03, 2020.

Alfred "Pete" Beaulieu, son of Irene Pelletier
He was a good man and he will be missed by his Pelletier relatives. May he be at peace in Heaven with all of his family and friends.
Don Raphael

Basket Full of Wishes was purchased for the family of Roger A. Gagnon by Don Raphael.  Send flowers

Mike Gagnon (Roger's son)
The Church, location, date, and time for the Funeral Mass is not the 14th in Swansea. It is at 11:00 am on Saturday 12/7/2019 at Saint Thomas the Apostle Church on the Salem/Peabody line.
Michael Silva
I remember having a beer at Leslie's retreat with Roger sitting at the bar. So sorry for your loss
View all