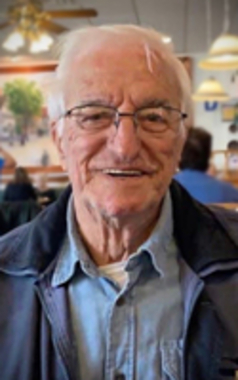 Back to Peter's story

Peabody - Mr. Peter "Petro" Spaneas, age 92, of Peabody, beloved husband of the late Helen (Shachook) Spaneas, passed away on February 24, 2020, at the North Shore Medical Center after a brief illness at home. He was surrounded by his ever-loving family at the time of death.
Petro was a proud first-generation Greek American, the son of the late George P. Spaneas and Anthoula Catherine Psoinos who immigrated from Mani, Greece. He was a lifelong resident of Peabody.
Peter enlisted in the U.S. Navy prior to his 1945 high school graduation to serve his country. Upon his return from the Navy, he married the love of his life Helen. Together they raised a family of five children. Peter was the well-known owner of Ted's Service Station on Foster Street in Peabody for over 50 years. He is still remembered by many for his generosity and compassion as he never turned away a customer who was down on their luck.
Peter was a life-long communicant of St. Vasilios Greek Orthodox Church. He was also a long time member of many service organizations such as St. Val's Greek Men's Club, AHEPA, Shriner's International, IACC of Peabody, Kiwanis Club, Lyons Club, Peabody Chamber of Commerce and AOH. He was also a member of the Senior League at The Meadow Golf Club in Peabody and was looking forward to another enjoyable season with his golf buddies. Peter could often be found dining at The Wardhust surrounded by friends and wait staff whom he considered to be like family.
There are no words that can express the devotion Peter had for his family. He was known as Dad, Pappou and "Pappou-Pappou" devoting his entire life and love to every member of his family. Petro was the "Rock" of the Spaneas family.
He leaves behind his children George P. and Debra Spaneas of Saugus, Kathryn and Steve Horemiotis of Peabody, Kim and James Lannon Jr. of Lynn, Patricia and Stephen Distefano of Gales Ferry, Conn., and Paula and Daniel Cook of Sidney, Maine. He was the beloved grandfather of Michael Quade and partner Heather Penney, Stephen and Melissa Horemiotis, Justine and Kevin St. Pierre, Peter and Kristan Horemiotis, George Horemiotis and partner David Cloutier, Helen Spaneas and Kenny Elwood, Alex Distefano and partner Kodie Gordon, Peter and Jennifer Spaneas, Nicholas Distefano, Christopher Cook, Jennifer Anderson; and eight adoring great-grandchildren Olivia, Clara, Mia, Lucas, Bennett, Grayson, Mason and Kayson. He is also survived by two sisters, Constance Liberti of Peabody, and Stella Maniatakos of Lowell; his sisters-in law Teddie Spaneas of Peabody, Angela Nash of Key Biscayne, Fla., Mary Tenedios of Peabody, along with many nieces and nephews. He was predeceased by siblings Daniel G. Spaneas, Irene G. Spaneas, Stamatia G. Pappafotopoulos and Nicholas G. Spaneas.
His funeral will be held from the Conway Cahill-Brodeur Funeral Home, 20 Church St., Peabody, on Friday, February 28, 2020, at 10 a.m., followed by a funeral service at St. Vasilios Greek Orthodox Church, 7 Paleologos St., Peabody, at 11 a.m. Relatives and friends are invited to attend. Visiting hours on Thursday from 4 to 8 p.m. Burial in the Cedar Grove Cemetery, Peabody. In lieu of flowers, contributions may be made in his memory to St. Vasilios Greek Orthodox Church, Altar Fund, 7 Paleologos St., Peabody, MA 01960. For directions and online guestbook, please visit www.ccbfuneral.com.
Published on February 26, 2020
To plant a tree in memory of Peter G. Spaneas, please visit Tribute Store.

Plant a tree in memory
of Peter

A place to share condolences and memories.
The guestbook expires on May 25, 2020.

Condolences to the family; Peter was a hardworking guy and a good family man. He will be greatly missed by all his friends and family.

Beautiful in Blue was purchased for the family of Peter G. Spaneas by Brian T. Sullivan.  Send flowers

Blooming Garden Basket was purchased for the family of Peter G. Spaneas by Laura and David Reilley.  Send flowers

A Full Life was purchased for the family of Peter G. Spaneas by Tribute Store.  Send flowers

We are so very sorry and shocked to read of Petro s passing. He was more than just a cousine, he was also a good friend , always enjoyed talking with him , espeacially about our families growing up, the hardships and the fun. We will miss him greatly, Unfortunately we are away and will not be able to attend his services,but our hearts and thoughts are with all of you.

Your friends at Cardinal Logistics

Rainbow Reflections Basket was purchased for the family of Peter G. Spaneas by Your friends at Cardinal Logistics.  Send flowers 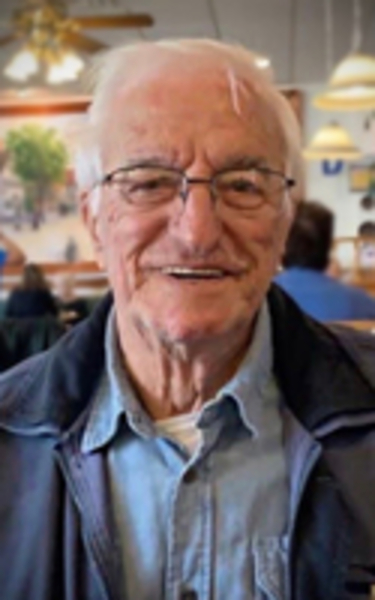