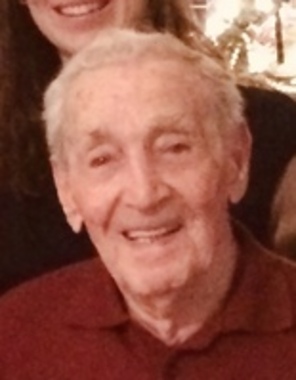 Back to Nicholas's story

Saugus - Mr. Nicholas M. Forlizzi, age 92, of Saugus, died on Sunday morning at Sunrise of Peabody. He was the husband of Patricia (Gagliardi) Forlizzi with whom he shared 70 years of marriage.
Born and raised in East Boston, he was the son of the late Pasquale and Erminia (Buoncompagna) Forlizzi. A World War II veteran, Mr. Forlizzi served in the United States Navy. A Master Plumber, he worked for many years as the Saugus Town Plumbing Inspector. He was a former Board of Director at the Saugus Federal Credit Union, a former member of the Knights of Columbus in East Boston, a member of the Arthur F. DeFranzo VFW Post #2346, Saugus.
Besides his wife he is survived by two sons, Stephen Forlizzi and his wife Noreen of Danvers, Nicholas Forlizzi of Burlington. He was the grandfather of Matthew Forlizzi, Kelleen Pagnam, Nicole Forlizzi and Cara Forlizzi; and great-grandfather of Maverick. Mr. Forlizzi was the brother of Ann Mantini of Woburn and he was predeceased by eight siblings. Also survived by many nieces and nephews.

Donations in his memory may be made to the charity of your choice.

Visiting hours will be held in the Bisbee-Porcella Funeral Home, 549 Lincoln Ave., Saugus, on Thursday, 4 to 8 p.m. Relatives and friends invited. Funeral from the funeral home on Friday at 9 a.m., followed by a funeral Mass in Blessed Sacrament Church, 14 Summer St., Saugus, at 10 a.m. For directions and condolences, www.BisbeePorcella.com.
Published on January 14, 2020
To send flowers to the family of Nicholas M. Forlizzi, please visit Tribute Store.

Send flowers
in memory of Nicholas