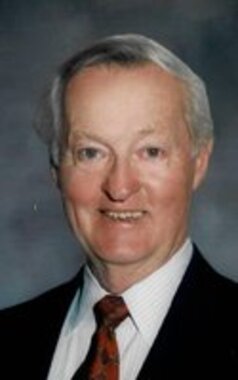 Beverly - John Peter Frates Sr., known to all as Jack, died peacefully on Sun., Feb. 9, 2020. He was 93 years old and is now resting peacefully with his wife, Margaret C. (Donovan) Frates and grandson J. Peter Frates III.
Jack and Margaret raised their family in Beverly, where they became founding members of St. John the Evangelist Church. He was a fixture on Sun. mornings in the lobby of the church, greeting his fellow parishioners and [serving the Mass however he could].
Raised on the South Shore, Jack graduated from Norwood High School as class president on D-Day, June 6, 1945. Two weeks after graduation, he enlisted in the Navy and was sent to upstate N.Y. where he was a signalman. He served on the USS Sailfish in New London, Conn., until 1946. Through a Navy program, he attended electrical school at Purdue in Indiana and then enrolled in the V12 program at the Ohio State University, graduating in 1950.
Upon graduation, Jack embarked on a long and successful career as an architect. During his career he worked on many significant projects, including the Baltimore Cathedral, National Shrine and many local projects, most notably designing the shell at Lynch Park in Beverly.
However, his most important accomplishment was his 54-year marriage to his devoted wife Margaret. Margaret and Jack both graduated from Norwood High School, but had never met until they were commuters on the train to their jobs in Boston. They would marry five years later on September 8, 1956, at Our Lady of Victories Church in Boston.
In addition to his dedication to the church, Jack was an active member of the Beverly community at large, serving on the Planning Board, Historic Committee, and as the Chairman of the Harbor Management Authority.
Jack is survived by his six children, John P. Frates Jr. and his wife Nancy of Beverly; Mary Cloyd and her husband David of Magnolia, Mass.; Joseph H. Frates and his wife Cathy of Bedminster, N.J.; Kathleen Holman of Beverly; Margaret Fraser and her husband Ken of Kensington, N.H.; and Christopher J. Frates of Beverly; 15 grandchildren; and 12 great-grandchildren.
The family would like to extend heartfelt thanks to the Herrick House in Beverly and Partners Home Care for their loving care and support.
His funeral Mass will be celebrated at St. John the Evangelist Church, 111 New Balch St., Beverly, Sat., at 10:30 a.m. Relatives and friends are invited to attend. Visiting hours at Campbell Funeral Home, 525 Cabot Street, Beverly, Fri., 4 to 7 p.m. In lieu of flowers, expressions of sympathy may be made in Jack's memory to the Peter Frates Family Foundation, 21 Landers Drive, Beverly, MA 01915. Information, directions, and condolences at www.campbellfuneral.com.
Published on February 11, 2020
To plant a tree in memory of John P. Frates Sr., please visit Tribute Store.

A place to share condolences and memories.
The guestbook expires on May 10, 2020.

Timothy Benson
John and family,
Gisele and are sorry to hear of your father's passing. Great thanks for his service to our country. Sure to be a beautiful reunion with his wife Margaret and grandson Pete.

Our deepest condolences,
Tim and Gisele Benson Plymouth, MA
Donna Morris
The loss of one's father marks one of the most profound rites of passage in our life.
He may have passed but his thoughts, hopes and dreams live on in all of you.
My Deepest Sympathy for your loss.
rory gallagher
sorry for your loss . rory from the landing marblhead
Maureen O'Neill
Jack was a friendly face at church or in his yard, taking pride in his garden and loving his dog. Family was his focus, and his values were sound. The world is a bit smaller with his passing.
View all 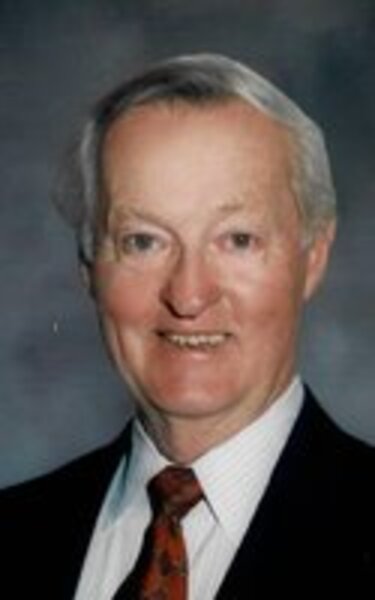