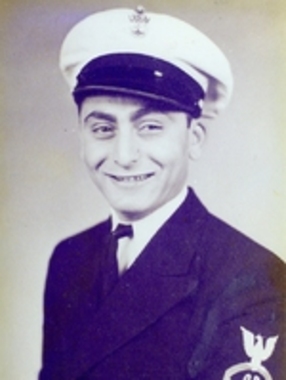 Salem - John (Ohannes) Avigian, Sr, son of Levon and Jouhar (Markarian) Avigian, survivors of Turkish Genocide, 1915 – 1923. John passed away on June 19, 2018.
John was born in Vartmeng Harpoot, Armenia on August 15, 1921 and came to the United States on July of 1928. John traveled with his mother through Lebanon (Syria) and France and entered the United States in Rhode Island, where his father joined them.
John graduated in 1936 from Bowditch School, and in May of 1940 he graduated from Salem High School. He enlisted in the United States Navy on May 20, 1940. John trained at Newport Naval Base, prior to being assigned to the Naval Air Station in Pensacola, Florida. After Pearl Harbor, John was transferred to Norfolk Naval Shipyard to commission the USS Alabama BB60, which toured the Arctic Circle and the Atlantic Ocean. While on the USS Alabama BB60, he crossed the Arctic Circle on June 7, 1947 and received the Domain Neptune USPEX land of the midnight sun. In his active career as Chief Storekeeper, he served in WWII, the Korean War, and Vietnam. Upon the USS Alabama BB60’s return to the United States, John was reassigned to Cargo Handling Group Number 2 in Oakland, Calif. The unit crossed the country on a freight train. Approximately one year later, John was reassigned to the USS Almack AKA10 and delivered cargo to China, Philippines, and Japan. He received orders to decommission the USS Almack, which crossed the Panama Canal to Brooklyn, New York for decommissioning. John was reassigned to Lakehurst New Jersey Naval Airbase for three years. He was then assigned to LST RON2, little Creek, Virginia. After that, John was reassigned to the USS Gordias LST36, and on March 8, 1950, John participated in Amphibious Airborne of Vieques Imusion. John’s last assignment was on the USS Iowa BB61. Upon visiting Brazil, John received the Imperium Neptunio Regis on June 26, 1957. Upon returning to the United States, he was assigned to the US Fargo Building in Boston until his retirement to the Naval Fleet Reserve on September 19, 1961. John fully retired on April 30, 1970 after 9 years in the United States Naval Reserve. John’s Naval career spanned a total of three decades.
John was the recipient of numerous medals, including but not limited to, Good Conduct, 1 Star: American Defense, 1 Star; American Theatre; European-African-Middle East, 2 Stars: Asiatic-Pacific Service, Navy Occupational, Europe, and China Medals, as well as the Cold War Medal.
John was a charter and life member of the WWII Memorial; a charter and life member of Fleet Reserve Association Memorial; a charter and life member of Disabled American Veterans; he was also a life member of the American Legion. John was a member of the Italian Community Club in Beverly and was a charter member of Tully Square in Salem.
In civilian life, John worked for the United States Postal Service and the Salem School Department. John was employed for the Salem School Department for 22 years, and in 1987 he retired as the Superintendent of Maintenance and Custodial Services.
John leaves behind his loving wife of 71 years, Bertha (Kulakowski) Avigian, his children Joan Swayne of Salem, John Avigian, Jr and his wife Carol of Salem, Patricia Blanchard and her husband, Bruce of Wenham. John’s grandchildren, Meghan DeZinno and her husband, Matthew of Westerville, OH, John W. Avigian of Rowley, Scott Avigian of Middleton, Shawn Blanchard and his wife Charmaine of Rockport, Adam Blanchard and his wife, Amy of Wenham. John left great-grandchildren, Claire DeZinno, Aaron Avigian, Riley and Flynn Blanchard, Ashley, Adam, Amanda, Andrew, and Cameron Blanchard. John was predeceased by his son Paul Leo Avigian.
His Funeral Service will be held on Monday at 4 p.m. at the Conway, Cahill-Brodeur Funeral Home, 82 Lynn St, Peabody to which relatives and friends are kindly invited to attend. Visiting hours will be held prior to the service from 2 to 4 p.m. Burial services will be private. Expressions of sympathy can be made in his name to the WWII Memorial, visit www.nps.gov/nwwm. For directions and on-line obituary, visit www.ccbfuneral.com.
Published on June 22, 2018
To plant a tree in memory of John (Ohannes) Avigian, Sr, USN-RET, please visit Tribute Store.

A place to share condolences and memories.
The guestbook expires on September 19, 2018.

Restore the guestbook to view the 1 more posts by family and friends, and share a memory or message of condolence of your own. 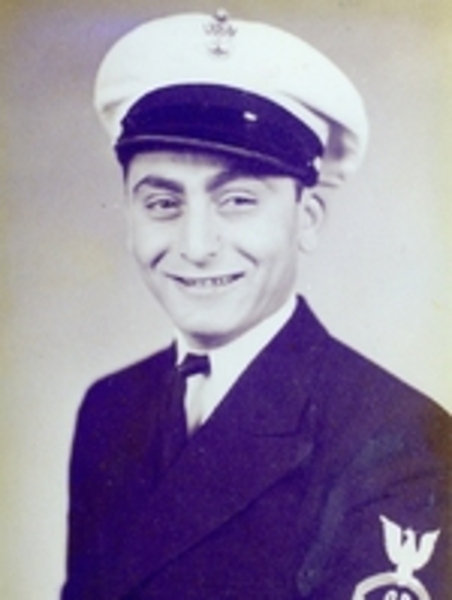