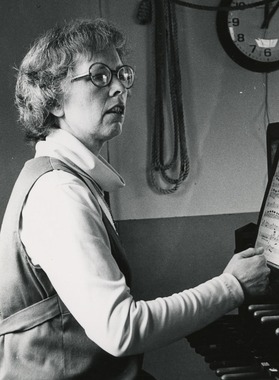 Back to Joanne's story

Lynn, Massachusetts - Joanne Patricia Droppers of Lynn, Mass., age 86, died peacefully at Masconomet Healthcare Center in Topsfield, Mass., on Wednesday, May 23, 2018, after a short illness.
Joanne was born in Ithaca, N.Y., March 29, 1932, the youngest child of Walter C. and Minnie W. Muenscher. She graduated with a B.A. in music from Cornell University in 1953. While at Cornell, she met Garrett Droppers, who sang bass in the choir she directed. They were married on August 29, 1953. The couple lived in Madison, Wis., and Orono, Maine, before settling in Alfred, N.Y. in 1961, where Garrett was a history professor. In addition to being a housewife and mother, Joanne was organist for several Episcopal congregations, a hand bell ringer, and violinist in local community orchestras. She also worked with migrant worker resettlement, housing for seniors, and served on the local school board.
She became a carillonneur member of the American Guild of Carillonneurs in 1976 and was appointed Alfred University Carillonneur in 1977. She played concerts at many North American carillons and composed or arranged songs for carillon ranging from Bach's Suite #II for Lute to Tubular Bells.
Upon her retirement in 1994, Joanne moved to Arlington, Va. There she played carillon and organ, taught English as a second language, and volunteered for numerous organizations.
In 2005, she moved to Fargo, N.D., where she was an active member of St. Stephen's Episcopal Church.
In 2012, Joanne moved to Lynn, Mass. She was a member of St. Stephen's Memorial Episcopal Church, where she served on the vestry and worked to increase dialog between the local community and the Lynn Police Department.
She was preceded in death by her husband Garrett Droppers; her brother Frank; and her sisters Elizabeth DeVelbiss and Helen Tryon. She is survived by her children, Seton Droppers, (Patty), Arlington, Va., Christopher Droppers, (Jennifer Edwards), Staten Island, N.Y., Ann Droppers, Ipswich, Mass.; grandchildren, Geoffrey Droppers, Portland Maine, Gregory Droppers, (Tiffany), Arlington, Va.; and great-grandchildren, Jovani and Hunter, of Arlington, Va.
A funeral service will be held on Saturday, June 16, at 11 a.m., at St. Stephen's Memorial Episcopal Church, Lynn, Mass. In lieu of flowers, donations may be sent to the Bergen Swamp Preservation Society (http://www.bergenswamp.org/), or the Cornell Botanic Gardens (http://www.cornellbotanicgardens).
Published on June 12, 2018
To plant a tree in memory of Joanne Patricia Droppers, please visit Tribute Store.

Plant a tree in memory
of Joanne

A place to share condolences and memories.
The guestbook expires on September 09, 2018. 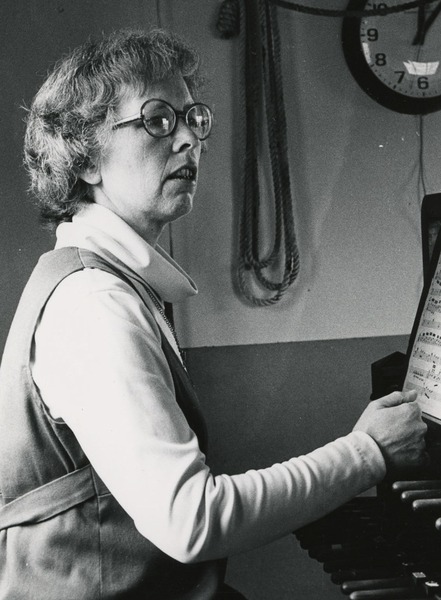