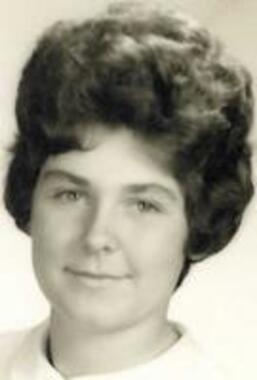 Back to Janie's story

Danvers - Janie L. Ruane Pelletier, age 72, passed away peacefully at Beverly Hospital on November 28, 2019.
Janie was born in Salem to the late Thomas J. and Beatrice C. (Levasseur) Ruane. She grew up in Salem and graduated from St. James High School in 1965. Janie was always drawn to California and soon after graduation she left her hometown and moved to Southern California on her own.
After spending a few years in California, Janie came back to Massachusetts and while working at Sylvania in Salem, she met her husband of 42 years, Marcel A. Pelletier. They settled in Danvers but California never left Janie's heart. Before long she would again leave Massachusetts and for 30 years she and Marcel made their home in the State they both loved.
Janie worked in a variety of other jobs, including administrative positions with Prudential Insurance in Boston and with several optical businesses and physicians' practices in the Salem area. She also worked as a travel agent, but she was most proud of her work as a registered security guard in California.
Janie will be remembered for her generous nature and for her love of animals. Over the years she adopted a variety of dogs, including her beloved German Shepherds. She also enjoyed her pet rabbits, and a stray cat or two were welcome to use her garage. Janie helped at local animal shelters and donated to animal causes. She was empathetic to others and always generous with her time. She enjoyed giving gifts; and in addition to gifts for her family, she liberally gave what she could to those she felt grateful to and those who were in need.
In addition to her husband, she is survived by two brothers, Thomas G. Ruane of Pawleys Island, S.C., James J. Ruane of West Newbury; and her sister-in-law Kathy Ruane. Janie is survived by her niece and nephews, Thomas M. Ruane, David Ruane, Suzanne Lomax, Mark Ruane, Nathan Ruane, Kyler Ruane and Brian Ruane. She also leaves behind several grand-nieces and -nephews, and many cousins. Janie was especially close to her cousin Carole Avigian of Salem, who she considered a sister.

Her funeral service will be at the Campbell Funeral Home, 525 Cabot Street, Beverly, on Friday, December 6, at 10 a.m. Relatives and friends are invited to attend. Visitation will be held prior from 9 to 10 a.m. Burial in Wenham Cemetery. In lieu of flowers, donations may be made in Janie's name to: PAWS New England, P.O. Box 542, Ashland, MA 01721. Information, directions, condolences at www.campbellfuneral.com.
Published on December 4, 2019
To plant a tree in memory of Janie L. Ruane Pelletier, please visit Tribute Store.

Plant a tree in memory
of Janie

A place to share condolences and memories.
The guestbook expires on March 02, 2020.