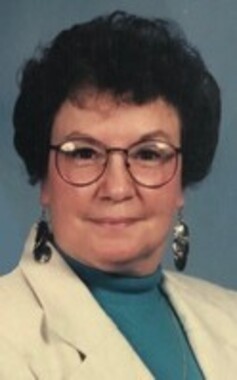 Back to Gail's story

South Hamilton - Gail B. Cole, 84, of South Hamilton passed away on January 11, 2020, at the Masconomet Healthcare Center in Topsfield. She was the beloved wife of Roland K. Cole, with who she shared 64 years of marriage. Gail was the daughter of the late William F. and Elizabeth (O'Shea) Fullerton.
Gail was born and raised in Whitinsville, Mass. (a section of Northbridge), graduated Northbridge High School in 1954 where she was active in basketball, chorus, the pop concert, the yearbook and attended the senior ball. Following high school, she attended the Beverly Hospital School of Nursing, graduating as an LPN. Following graduation, Gail worked in a private physician's office at Beverly Hospital and later on as a bookkeeper for Garden City Pediatrics in Beverly until her retirement. Gail met her husband Roland in Beverly while attending nursing school and married him September 15, 1956.
Gail was an avid quilter and had an important role in finishing the Wenham Quilt that still hangs in Wenham town hall to this day. She also was a 48-year member of the alto section of the Rockport Community Chorus, later called Chorus North Shore where she helped coordinate five overseas concert tours in Europe. Gail also worked alongside Sunny Pryor (the director of Chorus North Shore) on many school musicals in the Hamilton/Wenham school system. Gail attended LaSalette Shrine in Ipswich, now known as the LaSalette Faith Community and was very active in the choir. In addition, she also enjoyed painting, knitting, reading and travel.
In addition to her beloved husband Roland, Gail is survived by her son William of South Hamilton, and several nieces and nephews. She was predeceased by her three sisters, Veronica Roy and her husband Leo, Jean Hobbs and her husband Fredrick, and Sally Rogers.
Her funeral service will be held on Wednesday, January 15, 2020, at 11:30 a.m. at the Campbell Funeral Home, 525 Cabot St., Beverly, MA 01915, relatives and friends are invited to attend. Visiting hours at the Campbell Funeral Home on Tuesday, January 14, 2020, from 4 to 6 p.m. Burial in Hamilton Cemetery. In lieu of flowers, donations can be made in Gail's name to Alzheimer's Association, 225 North Michigan Avenue, Floor 17, Chicago, IL 60601. Information, directions, condolences at www.campbellfuneral.com.
Published on January 13, 2020
To send flowers to the family of Gail B. Cole, please visit Tribute Store.

Send flowers
in memory of Gail

A place to share condolences and memories.
The guestbook expires on April 11, 2020.

The last of the Fullerton sisters are now gone. It's now up to the next generation with children (Pam/Steven/Kathy/Patty) to keep the memories alive.
jdr
Sandra Weinhold
So sorry, Rolly and Bill, to learn of Gail’s passing.
She is now free of pain and soaring with the angels.
Dawn Adams
Please accept my sympathy on your loss. May Gail rest peacefully and be free of pain. Sincerely, Dawn
Pamela Gagnon da Silva
I am so saddened to hear of Aunt Gail's passing. I am keeping all of you in my thoughts as you remember her. I have always appreciated her kindness and how she could remain objective calm and level headed. I remember her smile and how she always took the time to make me feel appreciated, even though we did not see one another often. I am wishing you strength and peace this week Uncle Rolly and Bill, and sending my love.
Joan M. Rossi

A memorial tree was planted in memory of Gail B. Cole.  Plant a tree

Debbie Perez (MEC)
Bill,
My sincere condolences to you and your family. May God bless you all.
Debbie
View all