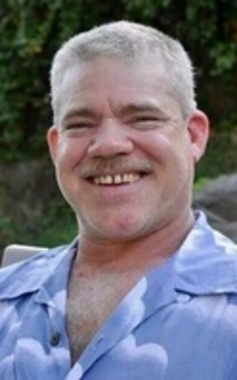 Back to Frederick's story

waltham - Frederick Randolph Nelson, II lost his battle with ALS on December 5, 2019.
Born in Beverly on January 29, 1967, he was the beloved son of the late Raymond F. Nelson and Meriam Lee Bednarczyk and her partner, Kenneth Caron. Frederick was raised and educated in Salem. He had a long career in carpentry prior to being diagnosed with ALS. Frederick was a car enthusiast and enjoyed Karaoke. He was a collector and had a tool that could fix anything.
In addition to his mother, Meriam, he is survived by his daughter, Kelly Taylor of Merrimac, his sisters, Karen Mann of Danvers, Raeleen Bandini and her husband, Skip of Waltham, his brother, Robert K. Nelson and his wife, Ilka of Rowley, his nieces, Jamie Sholomith of Groveland and Alexys Parsons of Boxford and nephews, Cameron and Dylan Mann of Malden, two great nieces, many aunts, uncles, cousins and close friends.
Visitation will be held from 4 to 7 p.m. on Sunday, December 8, 2019 at C.R. Lyons & Sons, Funeral Directors, 28 Elm St., Danvers. All other services are private. In lieu of flowers donations may be made in Frederick's to ALS Assoc., 685 Canton St Suite 103, Norwood MA 02062. Online condolences and directions available at www.LyonsFuneral.com.
Published on December 6, 2019
To plant a tree in memory of Frederick R. Nelson, II, please visit Tribute Store.

Plant a tree in memory
of Frederick

A place to share condolences and memories.
The guestbook expires on March 04, 2020.

David Pirrello Jr.
Freddy... he could fix anything, and was a ton of fun to be around... RIP buddy!
Archi Lemieux
Dear Kelly i'am sorry to hear about your dad. My prayers are there for you and his family.
Bob Jewett
I was there when Billy tattooed his Tazmainian devil, went on his honeymoon with him. Lol

We ran from the cops a couple times...

Miss ya brother.
See ya soon.
Laura Fallis
Taken to young. May you rest in peace and be pain free
donna lee sanborn
so sorry everyone
Trina Panzer

My condolences to Fred's family. I will never for get all of the great times we shared.

Cindy Manson
I’m so sorry for your loss, Fred was good friend of mine and had such a good and beautiful heart, he will surely be missed
Meredith Ahern Tamilio
I still have a burn scar from riding on his bike through the cemetary at pitch black outside that was a first I'll always smile whenever I look at the scar mark n iui w RIP MY FRIEND

Beautiful in Blue was purchased for the family of Frederick R. Nelson, II.  Send flowers

Enjoyed Fred singing by the fire during a warm summer breeze. Miss you buddy. May you rest in peace.

Kelly Taylor
I'll always keep our great memories close to my heart, where they will forever be cherished. I love you Dad
View all