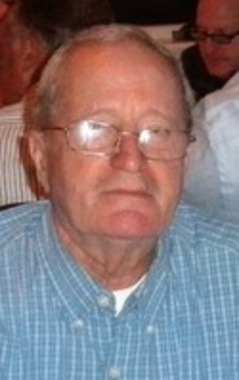 Back to Carmine's story

Salem - Carmine E. DiVeglia, age 91, loving husband of Olga (Kroll) DiVeglia, passed away on January 11, 2020, with family at his side.
Born in Salem in 1928, he was the son of Louis and Pasqualina (Porcello) DiVeglia. He grew up on Pearl Street in Salem and attended Salem High School. He served his country in both the Navy and Army and while on active duty in Germany, he met the love of his life Olga.
Carmine was a talented chef and worked in numerous restaurants on the North Shore for over 50 years. In addition to his love of cooking other passions included the outdoors; fishing, boating, hunting, watching the Red Sox, Bruins, and Patriots, but mostly spending time with his family. He was also a member of the Masons Starr King Lodge.
In addition to his wife, Carmine is survived by four daughters, Susanna Haibon-Young and her husband Jim of Port Richey, Fla.; Linda Marmen and her husband Richard of Homosassa, Fla.; Toni DiVeglia and her fiancé Ken Walley of Danvers; Gena Felton and her husband Charles of Salem; two sons, Alfred DiVeglia and his wife Betsy of St. Augustine, Fla.; Carmine E. DiVeglia Jr. of East Kingston, N.H.; one sister, Eleanor Arrington and her husband George of Wells, Maine; 13 grandchildren; 15 great-grandchildren; one great-great-grandchild; and several nieces and nephews.
He was predeceased by his brothers, Joseph, Alfred, and John DiVeglia; and two sisters, Mary Watson and Ann Perry.
Memorial contributions may be made to the Salem Council on Aging Social Services Department located on 401 Bridge Street Salem, MA 01970. A private celebration of life will be held at a later time. For more information or online guestbook, please visit www.MurphyFuneralHome.com, or call 978-744-0497.
Published on January 15, 2020
To send flowers to the family of Carmine E. DiVeglia, please visit Tribute Store.

Send flowers
in memory of Carmine

A place to share condolences and memories.
The guestbook expires on April 13, 2020.

Jack Hogan
My brothers and I along with our mom who passed away last year all loved Carm. He was a great mentor to us and it shaped our lives in a positive way. We cant thank him enough! Used to drive us home in the Subara he won or we had Butches muscle car or Conrad's Motorcycle
Renee (Marmen) Armstrong
So sorry for your loss, my thoughts and prayers are with you all.
View all