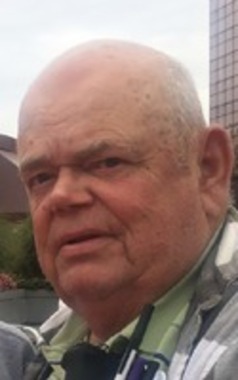 Back to Byron's story

Salem - Mr. Byron "Ronnie" Hugh Locke, 74, of Salem, beloved husband of Donna Lynn (Corkum) Locke, passed away peacefully, January 9, 2020, at Lahey Clinic in Burlington, surrounded by his loving family.
Born in Salem, he was the son of the late Byron T. and Phyllis (Cameron) Locke. He was raised and educated in Salem and was a graduate of Salem High School. He continued his education at Essex Agricultural School earning his associate degree.
Mr. Locke had been employed with the General Electric Company, River Works plant for over 30 years until the time of his retirement. He rose through the corporate ladder earning the title and position of Manager. He was a dutiful and dedicated worker.
A lifelong resident of the City of Salem, Byron was a loving husband, father, grandfather, brother and uncle. He had a great sense of humor and endeared himself to many. He was a member of the Quarter Century Club at the GE. He enjoyed spending his time traveling and especially liked games of chance and time spent at his camp in West Newfield, Maine. He had a life long passion for animals and appreciated the company of many canine companions over the years. He became the proudest man on the planet the day he became a grandfather. He relished every moment spent with his beloved grandchildren and will always be remembered as their loving "Grumpy." He will be forever loved and deeply missed.
Byron is survived by his loving wife of 52 years, Donna (Corkum) Locke of Salem; his children, Byron T. Locke and his wife Julie of Salem, April Huntley of Salem and Andrew H. Locke and his wife Kathy of Beverly; his nine grandchildren, Tyler, Amanda, Dylan, Autumn, Ryan, Nicholas, Reagan, Cameron and Savannah, his brother, John Locke and his wife Marjorie of Salem; his sister-in-law Virginia Locke of Beverly; and several nieces and nephews, including his special niece Kristin DeCelle and her husband Mathew of Georgetown. He was the brother of the late George Locke.
His funeral service will be held from The O'Donnell Funeral Home, 84 Washington Sq., (at Salem Common), Salem, Wednesday, Jan. 15 at 10 a.m., followed by his funeral service, which will be held, graveside, in Greenlawn Cemetery, Salem at 11 a.m. Relatives and friends invited. Visiting hours, Tuesday, Jan. 14, from 4 to 7 p.m. To share a memory or offer a condolence, please visit www.odonnellfuneralservice.com.
Published on January 13, 2020
To send flowers to the family of Byron Hugh Locke, please visit Tribute Store.

Send flowers
in memory of Byron

A place to share condolences and memories.
The guestbook expires on April 11, 2020.

Shawn Hogan
Sorry for your loss, I remember the good old days on Upham st.
mike levesque
byron was a good man and a friend of the salem police dept.. the mayor of upham st will be missed..
Michael Silva
So very sorry for your loss. I remember playing sports as a kid with him and his brother George at Franklin St. Park. Rest in peace
View all