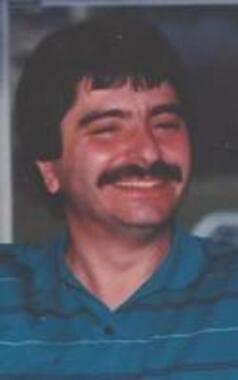 Back to Anthony's story

Peabody - Mr. Anthony Paul Romano Jr., 63, of Peabody, passed away peacefully, November 22, 2019, following a short battle with Leukemia at the Kaplan Family Hospice House in Danvers.
Born in Gloversville, New York, he was the son of the late Anthony P. Sr. and Mary T. (DeRizzo) Romano. He was raised and educated in Gloversville, N.Y., and was a graduate of Gloversville High School, class of 1974. He continued his education earning two associate degrees, one at Fulton Montgomery Community College in Johnstown, N.Y., and the other at Northern Essex Community College in Haverhill, Mass.
Mr. Romano had been employed for many years in the restaurant industry. Working for many years at his family's Hampstead Manor Restaurant in Methuen, Mass., followed by a number of years having been associated with a number of various restaurants throughout Massachusetts.
Anthony had a deep love and passion for New York sports teams and especially enjoyed cheering on his favorite New York Yankees with his father, "Big T", he had a love of music, was a longtime member of the Elks Club in Wakefield and in recent years found a deep faith and connection to the congregation at Tabernacle Church in Salem, Mass.
Affectionately known as "Little T" by family and friends, Anthony will be remembered for his tireless work ethic and love and devotion to family. He will be deeply missed.
Anthony is survived by his brothers, Daniel Romano and his wife Dianne of Methuen, Richard Romano of Groveland and Patrick Romano and his wife Terry of Methuen; his nieces and nephew, Melissa Romano of Lowell, Rebecca Romano of Peabody, Jennifer Romano of San Diego, Calif., Nicholas Romano of Methuen, and Alaina Romano of Methuen.
Anthony's family would like to thank his beloved companion Angie Brown for her support and friendship as well as the team at Mass General Hospital, Lunder Building for all of the care he received during his illness.
Relatives and friends are invited to celebrate Anthony's life at the Tabernacle Church UCC, 50 Washington St., Salem, MA on Sunday, December 15, at 11:30 a.m. Assisting the family with the arrangements is the Peterson-O'Donnell Funeral Home, 167 Maple St., (Route 62), Danvers. In lieu of flowers, donations may be made in Anthony's memory to the Tabernacle Church, 50 Washington St., Salem, MA 01970. To share a memory or offer a condolence, please visit www.odonnellfuneralservice.com.
Published on December 9, 2019
To plant a tree in memory of Anthony P. Romano Jr., please visit Tribute Store.

Plant a tree in memory
of Anthony

A place to share condolences and memories.
The guestbook expires on March 07, 2020.

Tony you were a sweet guy, you are with the Angels now. God Bless💞

Jean Linehan
My sincere condolences. Couldn't believe this when I saw it. R.I.P. Tony
View all